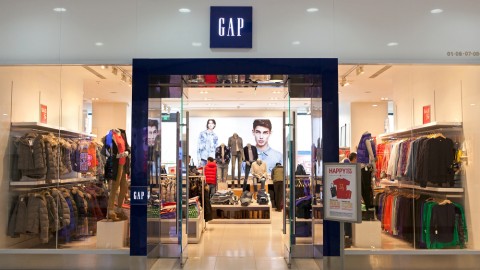 Can these five power ingredients help you stay sharper longer?

Food choices play an important role in improving cognitive function. Do these 5 stand up to the hype?

Proponents believe regular consumption may help stave off Alzheimer’s so you can stay sharper, longer. But in some cases, the science hasn’t caught up. Here’s the lowdown, so you can decide for yourself whether to add each to your pantry.

The claim: Dr. Mary Newport’s 2012 book “Alzheimer’s Disease: What if There Was a Cure?” suggests coconut and palm oil (and the medium-chain triglyercides, or MCTs, within them) improved her husband’s Alzheimer’s symptoms, including short-term memory loss and depression.

Why it might be true: According to UC Health at the University of California, 2009 research on MCTs and possible benefits to neurological problems is “interesting” and worth pursuing.

The hitch: Also according to the University of California, there’s no actual clinical evidence (as of 2012) that coconut oil boosts cognitive power or prevents age-related cognitive decline or dementia.

The power ingredient: Turmeric (for its polyphenol curcumin)

The claim: Curcumin, a natural anti-inflammatory found in turmeric, delays the onset of dementia symptoms.

Why it might be true: Studies suggest curcumin, an anti-inflammatory molecule, can boost the birth of new brain cells (neurogenesis) and memory. Proponents note that India – where turmeric is used in many everyday recipes – has a low incidence of Alzheimer’s.

The hitch: Additional research is required to pinpoint how much curcumin is needed to gain benefits, and in what form to best consume it so it can cross the blood-brain barrier intact.

The claim: This antioxidant helps stave off dementia in healthy adults and delays cognitive decline in patients with dementia.

Why it might be true: One large 2005 study found healthy older adults on an antioxidant/multivitamin regimen, which included Vitamins E and C, were less likely to show cognitive decline five years later, compared to those who had not.

The hitch: A more recent (2006) placebo-controlled study did not support these findings: There was no difference between the vitamin takers and placebo groups.

The claim: Omega-3 fatty acids (found in flaxseed and flaxseed oil, as well as nut and fish sources) protect the brain from age-related cognitive decline and Alzheimer’s disease.

Why it might be true: The University of Maryland Medical Center notes as of 2013 several studies have shown a deficiency of omega-3 is associated with a higher risk of developing Alzheimer’s and dementia.

The hitch: High doses of omega-3s have been associated with harmful side effects stemming from drug interactions and pre-existing health conditions, so check with a doctor before taking flaxseed oil.

The claim: This common culinary herb may reduce chemical imbalances in the brain that cause Alzheimer’s.

Why it might be true: A 2006 placebo-controlled study in young, healthy adults showed sage extract improved their mood and cognitive performance during and after completing a battery of multitasking lab tests. U.K. studies in 2013 showed subjects who took sage-oil pills performed better on word recall tests than those subjects who took a placebo pill. Sage contains compounds similar to those used in modern drugs to treat Alzheimer’s.

The hitch: More research is needed to ascertain dosing regimens and how they may apply to different age groups. Different types of sage – there are hundreds within the genus, many of which are used in traditional medicines around the world – will also need to be tested in isolation.

* Remember to always speak with a doctor before adding any supplements to your diet, as they may conflict with other medications or be harmful in your particular case.

Yuki Hayashi is a Toronto-based health, family and travel writer.

Cooking With Mairlyn: Pots and Pans