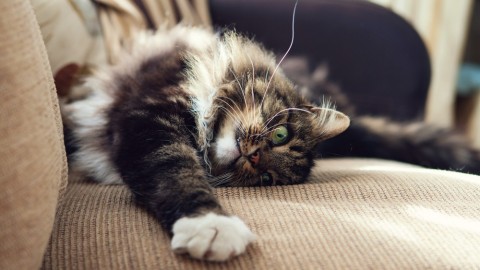 It started by accident.

Dr. Andres Lozano, neurosurgeon and University of Toronto professor of surgery,  was trying to help suppress the appetite of a patient with a long history of obesity.

But when he turned on the electrodes he had implanted in the man’s hypothalamus, something unexpected happened: he started recalling events that took place some three decades previous.

This result (from 2003) may have been unintended, but it didn’t go unappreciated by Dr. Lozano, who has successfully used the treatment, known as deep brain stimulation, to treat Parkinson’s and depression.

After the obesity procedure, Dr. Lozano observed that the patient had a much higher verbal memory when the stimulation was turned on and that the patient was able to remember words at a greatly increased rate.  With results like this, Dr. Lozano decided that he needed to try the procedure on a small group of patients with mild Alzheimer’s.

The result? The 2010 study proved promising, giving hope that deep brain stimulation may in fact be able to reverse the trajectory of the disease, which affects a staggering number of people in the U.S. and Canada.

What is deep brain stimulation?

In essence, it is a procedure in which tiny electrodes are planted in specific areas of the brain in order to alter abnormal activity and to repair brain circuits that are malfunctioning. A good example of this is found in the use of deep brain stimulation for patients with Parkinson’s disease. Electrodes are placed in areas of the brain responsible for moving the body and they emit small pulses of electricity that help to block the abnormal firing of cells within the brain.

The result is a reduction of motor symptoms including stiffness, tremors, and more. When electrodes are placed on the correct spot, it can actually alter the way signals are sent across many different regions of the brain.

Of the six subjects in the original Alzheimer’s study, Dr. Lozano found that the two subjects with the mildest Alzheimer’s symptoms had improved memories while two other subjects experienced no change in their memory, but their memory did not get worse.

Dr. Lozano told the U of T’s Edge magazine, “Deep brain stimulation restarts some of the shut down areas (of the brain) and if we restore brain function, we expect patients to improve.”

This is hopeful news, and early human studies are delivering promising results. Dr. Lozano’s research found that deep brain stimulation has caused the hippocampus (the memory center) of one patient to actually grow by 8 percent, while another patient saw a 5-percent increase.

He is now looking for approval for a broader Phase II clinical study.

We will be following this treatment and its results closely.

Gayle Day is a freelance writer based in Hinesburg, Vermont.