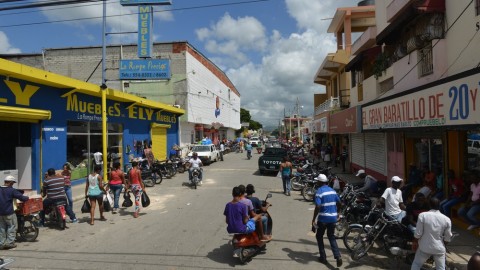 The Quebec discovery of a genetic variant suggests it provides significant protection against Alzheimer’s disease.

Judes Poirier from the Douglas Mental Health Institute and McGill University in Montréal and his team have discovered that a relatively frequent genetic variant actually conveys significant protection against the common form of Alzheimer’s disease and can delay the onset of the disease by as much as four years.

This discovery opens new avenues for treatment against this devastating disease.

This large-scale study identified naturally occurring genetic variants that provide protection against the common form of Alzheimer’s disease, with the goal of identifying specific biological processes amenable to pharmaceutical interventions.

“We found that specific genetic variants in a gene called HMG CoA reductase, which normally regulates cholesterol production and mobilization in the brain, can interfere with and delay the onset of Alzheimer’s disease by nearly four years.

A subset of older individuals who happen to be carriers of predisposing genetic factors for the common form of Alzheimer’s manage to escape the disease.

“This is an exciting breakthrough in a field where successes have been scarce these past few years,” says Dr. Poirier, whose previous research led to the discovery that a genetic variant was formally associated with the common form of Alzheimer’s disease.

“These latest genetic results from Dr. Poirier’s team are an important step forward in the understanding of Alzheimer’s disease neurobiology, and also the use of genetics to identify an interesting new molecular target that is amenable to therapeutic development,” added Brigitte Kieffer, scientific director of the Research Centre of the Douglas Mental Health University Institute.

Over the past two decades, research efforts around the globe have focused on identifying genetic and environmental factors responsible for causing or accelerating the progression of the common form of Alzheimer’s disease.

However, little was known about possible protective genetic factors that can delay or even prevent the disease onset in humans.

It is well documented that a subset of older individuals who happen to be carriers of predisposing genetic factors for the common form of Alzheimer’s manage to escape the disease and live long and productive lives without any memory problems until their 90s.

Dr. Poirier is internationally renowned for his work on cholesterol and apolipoprotein E in the normal, injured and diseased brain, and was a pioneer in establishing the field of pharmacogenomics of Alzheimer’s disease therapies. Author of over 186 research articles and book chapters, Dr. Poirier’s numerous honors include: the International Society for Neurochemistry Award; the International Parke-Davis – ICAD Award for his work on apolipoprotein E4, cholesterol and Alzheimer’s disease; the 1997 Galien Prize and the CCNP Innovation Award.

About the Douglas Institute

The Douglas is a world-class institute affiliated with McGill University and the World Health Organization.

It treats people suffering from mental illness and offers them both hope and healing.

Its teams of specialists and researchers are constantly increasing scientific knowledge, integrating this knowledge into patient care, and sharing it with the community in order to educate the public and eliminate prejudices surrounding mental health.

Just in case you need another reason to cut back on junk food, it now turns out that Alzheimer’s could…