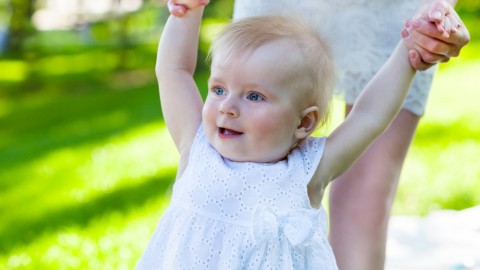 Feeling stuck at home? Here’s a guide to dementia-friendly travel with your loved one. You can do it!

Fly the dementia-friendly skies of easyjet

easyJet, the short-haul budget British airline carrier with the long orange type, is the first airline to step in line with the dementia challenge issued by British Prime Minister David Cameron in 2012.

Flying with dementia is a growing challenge in the aviation industry. As Roberto Castiglioni, at ReducedMobility.eu, reports:

The travel experience of a passenger with Alzheimer’s can plunge into chaos at its early stages, as soon as the person reaches the airport terminal.

“The travel experience of a passenger with Alzheimer’s can plunge into chaos at its early stages, as soon as the person reaches the airport terminal building.”

“A new, largely unknown location or a crowded departure hall can be sufficient to cause disorientation.

Reduced Mobility Rights has come across reports of passengers with dementia wandering off airport premises.

“The in-flight experience, and external factors such as cabin pressurization, a crowded flight, and seating restrictions (safety belts) may also cause unexpected behavior.”

To read the rest of the story “Is Dementia The Next Challenge For The Air Travel Industry?” go to ReducedMobility.eu here. Those are sobering thoughts.

Alzlive.com spoke to an easyJet spokesperson about the company’s forward-thinking strategy.

The initiative, called Dementia Friends, was launched by the Alzheimer’s Society and the Cabinet Office, and includes names such as Marks & Spencer, EDF, FirstGroup and Lloyds Bank.

Who is the executive within your company pushing for this?

easyJet CEO Carolyn McCall proposed this change as an integral part of our strategy and on the advice of easyJet’s Special Assistance Advisory Group, which is chaired by the Right Hon. David Blunkett MP, and includes Age UK among its members. The group has been discussing the issue for some time.

How big is the company and would the dementia-friendly staff be on all flights?

easyJet is the U.K.’s largest airline and the fourth largest in Europe. easyJet plans to roll this out to all of its staff.

How many staff would you hire to start with?

This will be part of the comprehensive special assistance training we already provide to all staff and will help raise awareness of the issue.

Have issues with handling those with dementia come up on flights in the past?

We cannot comment on any specific cases, but dementia sufferers are known to sometimes wander off. The U.S. Alzheimer’s Association explains that 60 percent of persons with Alzheimer’s will wander at some stage, which is why pre-notification is so important. A dementia sufferer on board can also pose a challenge for any crew unaware of the condition.

This can be a difficult and unpleasant experience for both the sufferer and the crew. We also need to consider the safety implications for of all our passengers on board as this is our number one priority.

How many people with dementia, would you guess, are now flying/travelling?

This is difficult to assess as pre-notification remains low in this area. easyJet flies around 300,000 passengers requiring special assistance every year.

Do you think this passenger group will grow?

There is no doubt that with Europe’s population living longer, out of 61 million passengers annually, the number of possible sufferers flying with easyJet is likely to increase. A Eurostat survey has shown that in 2040, 25.5 percent of the population will be over 65 years old and 8.4 percent over 80, whereas today the numbers are 16 percent and 4 percent respectively.

We want to make travel easy and affordable for all of our passengers which is why we have joined the campaign.

Do you think other airlines will develop a dementia-friendly policy?

We are the first airline to join the Dementia Friends program. This is a challenge that concerns the whole industry and we have no doubt that other airlines will follow suit.

How to sail through the security gate

Navigating through an airport with a family member who has Alzheimer’s can be a nail-biting excursion.…

Plan ahead for a smoother, more pleasant airport and flying experience. Many Alzheimer’s patients…

A new, largely unknown location or a crowded departure hall can be sufficient to cause disorientation…