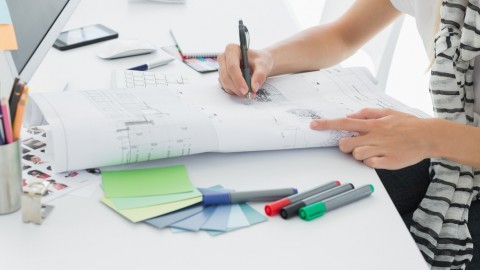 United States– and Canada-based Home Instead Senior Care franchise owners have pledged more than 37,000 hours of in-home care services, valued at $740,000, to supplement the monetary funding provided by Hilarity for Charity for the Alzheimer’s Care Grant Program.

We sat down with actress and comedy writer Lauren Miller Rogen, 32, to speak about her family’s battle with Alzheimer’s, the urgent need for government support, and why sometimes, you just have to laugh.

Recently, HFC partnered with Home Instead Senior Care Inc. to launch an Alzheimer’s and Dementia Care Relief Grant Program for those who qualify in both the United States and Canada.

Megan Jones: How many years ago was your mom diagnosed?

MJ: Do you remember the thought process you went through?

LMR: I was dreading it. And when the diagnosis came it was no less than devastating. I was best friends with my mom. Or, it was becoming that way. [Then] I started to lose her slowly and painfully as Alzheimer’s does. And I felt very angry for a long time. For a number of years. One day I was given the opportunity to join the Alzheimer’s Association and start using my voice. And that’s given me a much needed perspective shift and a lot of hope.

It’s emotional stress, it’s physical stress. My mother is essentially a 130-lb. baby at this point.

MJ: You’re trying to engage young people. Why is it important for you to do that?

LMR: My mother was diagnosed when I was 25—so much younger than I ever thought I would be when I was dealing with it. So for us, we want to make young people feel like they had a voice, like they’re part of a movement. When people feel like they’re part of something they’re a lot more likely to lean on the government and start a movement. It’s about reaching out to my own generation.

MJ: You are going into universities with Hilarity For Charity U. What has the participation been like?

LMR: Oh man. We launched HFC U last year for the spring semester—January through April. And it was overwhelming. Close to 200 campuses participated. We raised close to $130,000. It was so phenomenal. The Pikes at the University of Vermont were the winners and Seth went and visited and hung out there for an afternoon. They got to see Neighbors [with Zac Efron and Rose Byrne] before it came out in theaters.

MJ: You guys—especially Seth Rogen—stick to your own “brand” of comedy, making jokes about smoking weed, for example. What was behind the choice not to “sanitize” your humor?

LMR: I don’t think we could actually do it being totally serious. One thing my mom really hammered into me when my grandparents were sick is that sometimes something is so sad, you have to laugh.

For us Alzheimer’s is an idea that is so devastating. Why do we have to focus on the devastating all the time? Maybe we can have a night like the [Hilarity For Charity] show that is full of laughter. Maybe we can throw events that excite people instead of reminding them of the depressing situation that they’re living in every day. That’s what we try to do with Hilarity For Charity. It’s a natural part of who we are.

Read on for details about the Dementia Care Relief Program, and to watch the interview video. >>>