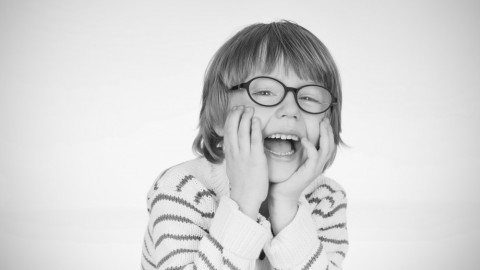 Latinos Waltz … to Ward Off Alzheimer’s

Every Saturday older Latinos gather to dance and, they hope, help preserve their memory.

Twice-weekly practices, at Casa Maravilla, a housing development for seniors in Chicago, they step in sync in promenade-like moves to danzón, the slow and elegant musical genre that’s popular in Mexico. Or, they swish their hips and twist through each others’ arms to more energetic salsa.

The dancers are part of the Latino Alzheimer’s & Memory Disorders Alliance, or LAMDA, which started “Bailando por la Salud” (Dancing for Health) to inspire Latinos who are uncomfortable with other forms of exercise to get fit and healthier — which in turn may help stave off Alzheimer’s and other memory loss conditions.

People come here to dance and they are also getting their exercise in a way that they feel is culturally relevant to them.

“They feel good, and they interact with each other,” says LAMDA executive director Constantina Mizis.

Los Danzoneros Pilsen, a group of senior citizens who love the traditional 1940’s-style Cuban dancing, performed at Casa Maravilla on Jan. 31. The group meets every week to dance and have fun. They believe that dancing helps them and other senior citizens in combating Alzheimer’s disease, dementia and hypertension.

The Alzheimer’s Association of America calls Alzheimer’s “a looming yet unrecognized crisis in the Latino community.” Alzheimer’s affects Latinos in greater numbers than the general population and the number of Latinos with the condition could grow by 600 percent by 2050, the association says.

New research suggests that Mexican Americans – the country’s largest group of Latinos – develop risk factors that could lead to Alzheimer’s as early as a decade sooner than others. So getting the population in better shape could help not just their hearts, but their minds.

“These are stark findings. The risk factors for memory loss may be different for Mexican Americans,” said Dr. Sid O’Bryant, interim director of the Institute for Aging and Alzheimer’s Disease Research at the University of North Texas Health Science Center.

O’Bryant and his team of researchers studied 1,500 Mexican Americans who were already participating in clinical or community studies on aging. They found that education level, depression and diabetes were risk factors, indicating the potential for participants to develop mental impairment and early stages of Alzheimer’s.

“If we can prevent some of those risk factors by educating the community about a healthy diet and healthy lifestyle, then that is progress,” said Mizis, the daughter of Greek and Mexican immigrants.

But it’s not just enough to tell people that they need to have a healthy diet and have an active lifestyle.

“We also have to look at how it works for our culture … We have to do what makes them comfortable, or they won’t do it.”

Juan Manuel Martínez, 74, had a daily reminder for years of what Alzheimer’s can do to one’s brain function. Martínez, who arrived in Chicago as a young man from Aguascalientes, Mexico, spent several years caring for his mother, Luz María Gutiérrez. She suffered the effects of Alzheimer’s for nearly a decade before passing away at age 86.

The experience led him to the LAMDA dances. He has enjoyed them so much that he and his wife of 46 years, Consuelo, became LAMDA danzón instructors.

For Alice Black, one of the hardest things is the embarrassment that she feels when her husband Jim…