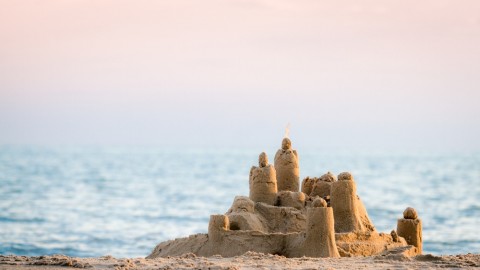 In the face of research that shows Latinos are disproportionately at risk of developing Alzheimer’s disease, a coalition of Hispanic organizations in the U.S. has founded an education and advocacy association called LatinosAgainstAlzheimer’s.

Launched in mid-December, the American group is dedicated to raising awareness of Alzheimer’s as an urgent threat to the health of the country’s massive and rapidly aging Hispanic population.

“It is time to bring Alzheimer’s out of the shadows in the Latino community,” says organization director Jason Resendez, who also runs a firm committed to engaging Latino populations in health, technology and education issues. “Too many families are struggling with this disease everyday and it is critical for our community to come together to address this growing crisis with policy solutions, research and public education.”

The first part of that educational process is recognizing how Alzheimer’s affects Latinos. Roughly 200,000 Latinos live with the disease or related dementias today, and that number is expected to increase to 1.3 million by 2050. Research also shows that Latinos are 50 percent more likely to develop Alzheimer’s than Caucasians — in part due to increased risks of high blood pressure, heart disease, diabetes and stroke. On average, they experience symptoms seven years earlier.

Despite those figures, research involving members of the Hispanic community is scarce. Though Latinos account for about 16 percent of the American population, they make up only one percent of all National Institutes of Health clinical trial participants.

Part of LatinosAgainstAlzheimer’s work will be encouraging Hispanic involvement and ensuring the population has access to resources and trials. In addition to its core members — the Hispanic Federation, The Latino Alzheimer’s & Memory Disorders Alliance, The League of United Latin American Citizens, and the National Hispanic Council on Aging — the group has support from a congressional committee consisting of several U.S. senators and representatives.

The group also boasts the backing of USAgainstAlzheimer’s, a network of similar organizations for the likes of African Americans, clergy and women, which pushes public leaders to dedicate the resources and attention needed to end Alzheimer’s by 2020.

In more immediate terms, LatinosAgainstAlzheimer’s will be releasing a report in 2015 identifying the economic costs of Alzheimer’s care on the Latino population in the hopes that it will help the cause gain traction where it’s needed.

“As the Alzheimer’s epidemic grows,” says attorney, philanthropist and USAgainstAlzheimer’s founder George Vradenburg, “it is imperative that policymakers, healthcare service providers and community stakeholders tackle this issue before it is too late for the communities most at risk.”

MindCrowd to study one million memories

I sit hunched over my laptop, fingers prepped to pounce on the space bar. I wait anxiously for a red…