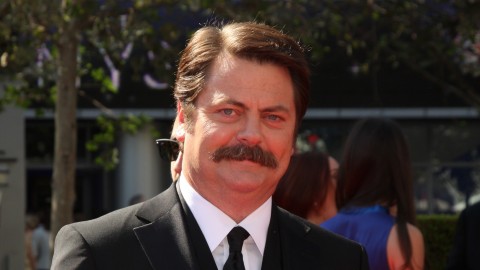 George Vradenburg of UsAgainstAlzheimer’s says Alzheimer’s is “the sinkhole of the 21st century.”

“Give enough care, earn some credit” will be the new model for Social Security if U.S. Congresswoman Nita Lowey has her way.

She cites the millions of Americans who leave the workforce or scale back their hours to provide care for dependent loved ones.

Introduced in July, Lowey’s proposed Social Security Caregiver Credit Act aims to alleviate some of the financial burdens of people like Karen Garner, who faces the unsettling prospect of trading off her retirement in order to care for her husband Jim, who was diagnosed with early onset Alzheimer’s in 2012.

The bill would allow Garner to collect Social Security benefits and reduce her work hours so she can spend more time looking after her husband.

“It would be the answer to my prayers,” said Garner, 49, and a mother of two in Newport News, VA. “I’ve heard stories from so many other caregivers who are struggling, saying they had to quit their jobs or had to sell their homes.

“As a caregiver, I thinking if I spend all our savings right now, what am I going to do to support myself and my children? I’m never going to retire because I’m spending down our retirement right now.”

Lowey describes her legislation as a measure that would provide a “modest” boost in future Social Security benefits for qualifying individuals. In particular, she says, it would provide women, who comprise 66 per cent of unpaid caregivers, with more economic stability.

“Caregivers are often torn by the impossible choice of taking care of a family member, or earning less for themselves and their family,” the Democratic representative from New York wrote in an email to AlzLive.com. “My bill would provide them the peace of mind that, when they retire, they won’t be financially punished for providing needed care for loved ones.”

Qualifying individuals would have to:

Vradenburg, chairman and co-founder of the advocacy organization UsAgainstAlzheimer’s, described Lowey’s bill as an important social tool in the fight against Alzheimer’s, for American families and for the federal budget.

“If we’re drawn out of the workforce, our lifetime earnings are going to be reduced, and we think caregivers, in fairness, ought to get a social security credit for the amount of time they’re providing care,” Vradenburg said from Washington, D.C.

“This is an appropriate, fair mitigation for the burden that individuals take on by leaving the workforce to go care for their loved ones.”

Linda Holloway, who lives in New Orleans, says she would have qualified had the Social Security Credit Caregiver Act been passed years ago.

The 59-year-old became the primary caregiver for her mother, Wilma, after the trauma of 2005’s Hurricane Katrina worsened Wilma’s dementia.

“My mother would forget little things. She would refuse to take a bath, or turn the stove on, and you could hear the igniter clicking,” Holloway said. “We couldn’t leave her alone.”

Holloway, who was an only child, began looking after her mother, who was in her 90s. She left her job at a day-care for an administrative position at a welfare organization that offered more flexible hours.

“I would work part-time and my husband worked part-time, and we both looked after her,” she said. “We looked into other options for care, but the cost of full-time care at a nursing home was unaffordable to us.”

Making matters worse, money was tighter than ever after Katrina. The family was forced out of their home for 11 months. When they returned to Louisiana, they were saddled with thousands of dollars in utility bills.

“We really needed the money to catch up on the back bills that we acquired, so it was very stressful,” she said. “Even if it didn’t work out for me, I’d like to see [the Social Security Caregiver Credit Act] passed because I’d be glad to see it happen for other people. If something happens to their loved ones, at least they can stay at home and still earn the credit that they need.”

After her mother took a serious tumble and lost her ability to walk three years ago, Holloway finally decided to put Wilma in a nursing facility after finding one they trusted.

“It could be $3,000 to 6,000 a month for some nursing homes,” said Stettinius, who wrote a memoir about her own experiences caring for her mother, Inside the Dementia Epidemic.

“If families were to hire someone to come into their homes to provide care that they could be providing for free, they’re paying bare minimum $18 an hour for unskilled labor. It’s a lot of income they’re losing,” she said.

Online commentors often Stettinius if there’s any way they can get reimbursed for the time they’re giving up to be caregivers, she said, noting there is a challenge in educating policymakers and society about the “invisible” work of full-time caregiving.

“People don’t often identify as caregivers. They identify as a husband, wife, son, daughter, just doing what needs to be done,” she said. “They don’t realize they’ve taken on a job that receives no compensation, so just having a social security credit really is a step in the right direction.”

Public supportSign up for email alerts from UsAgainstAlzheimer’s to learn  actions you can take to push Bill HR 5024 through Congress.

Public support for Lowey’s bill appears to be there. A recent poll by the Center for Community Change and Social Security Works found that 68 per cent of Americans back the act.

In order for it to get anywhere, it will need a companion bill in the Senate. Since June, it has picked up 37 co-sponsors, but a spokesperson with the congresswoman’s office conceded that amid the “legislative stop-and-block” playing out in the House, “prospects for passage of the Caregiver Credit Act are indeed up in the air.”

While one can be pessimistic about any piece of legislation, added Vradenburg, “in the end, the problem of people being affected by Alzheimer’s will increasingly get so large that Congress is not going to be able to ignore the cost of pain this is having on American families.”

To voice public support for the passage of the Social Security Caregiver Credit Act, citizens can contact their representative and their two senators, calling attention to its benefits.

Shout to the Rafters!

Is Corporate America ready for caregiving?

It's becoming a common theme at the workplace: One worker takes the day off to take her 90-year-old…