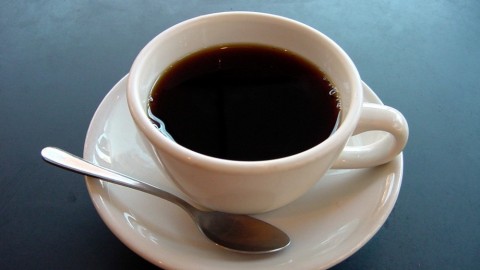 by BRENT SCHROTENBOER AND JOSH PETER

In a one-two punch, news sites came out with revelations that Los Angeles Clippers owner Donald Sterling was diagnosed with symptoms consistent with Alzheimer’s disease (meaning his wife could sell the team) and that a second African-American woman has stepped forth with allegations of racism and sexual harassment.

Shelly Sterling can sell the team for $2 billion without his approval, according to USA Today Sports.

Under terms of the Sterling Family Trust, which owns the team, Shelly Sterling became the trust’s sole trustee because Donald Sterling was deemed mentally unfit to make decisions for the trust.

Shelly and Donald Sterling are joint owners in the trust, each with a 50-percent stake.

The language in a trust, which sets the threshold for mental incapacity, is open to interpretation. Even if Sterling is in the early stages of dementia, he would have grounds to challenge the finding that he is mentally incapacitated and potentially block the sale of the Clippers, Linda Wasserman, an adjunct law professor at the University of Michigan, told USA Today Sports.

He could have his own separate physicians examine him and determine that he is not incompetent and then it would end up in court.

“You can be in the early stages of dementia and still be competent under a trust agreement, so it’s a question of degree as well,” she said. “He could have his own separate physicians examine him and determine that he is not incompetent and then it would end up in court.”

Sterling’s fight with the NBA began on April 29, when NBA Commissioner Adam Silver said he would urge NBA owners to terminate Sterling’s ownership of the Clippers after Donald Sterling was heard in an audio recording making racially charged remarks about African-Americans.

His female companion, V. Stiviano, recorded the private conversation in September. The recording was leaked to the gossip site TMZ months later, creating a furor among players, sponsors and fans.

Meanwhile, according to The Root and TMZ and many other sites that are having a field day with the Clippers former owner:

“Another alleged mistress, Maiko Maya King, is suing the embattled Los Angeles Clippers owner alleging she was fired as an assistant after she rejected “a stream of racist and sexist taunts,” TMZ reports.

On June 2, King, 40, filed the lawsuit claiming that she had a romantic relationship with Sterling between 2005 and 2011 when she worked as an assistant. She claims Sterling offered her bonuses to help him sexually. King claims in the lawsuit that she was approached by Sterling only after he became “bored sexually with his other assistant, V. Stiviano,” according to TMZ.

King also alleges that during her employment, Sterling asked her, “How could you be married to a black man?” referencing her African-American former husband and “Why would you bring black people into the world?” referring to her kids with her ex.

But here’s a thought:

(And keep an open mind for a moment)…. What if his racist comments are an element of his Alzheimer’s?

Carol Bradley Bursack on Agingcare.com has a great story called Outrageous Things People With Dementia Say and How to Respond.

The Hospital Is No Place for the Elderly

It is 1976. Brad Stuart is in his third year of medical school at Stanford, doing his first clinical…

Despite the advantages of remaining at home, for a senior who has Alzheimer’s or dementia, it can…