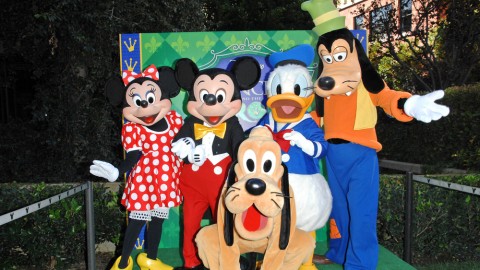 When a person’s ability to communicate is compromised, so is their sense of self and their connection to those around them.

People with Alzheimer’s disease often struggle with this. Frank Rudzicz is committed to change that. Rudzicz is a researcher at the Toronto Rehabilitation Institute with an expertise in using artificial intelligence to understand speech problems.

Memory lapses are synonymous with Alzheimer’s and this means that people can lose their way in a conversation.

At least half of those with the disease also have an additional disability: aphasia. This decreases language comprehension, vocabulary and speech fluency. It may affect a single aspect of language, such as the ability to remember the names of objects, how to put words together into sentences, or how to read. But it’s more common to have multiple problems.

Aphasia is diagnosed using various language cues. For example, the almost exclusive use of generic words – car rather than sedan, or a significantly slower rate of speech.

Caregivers tend to ask more closed-ended, yes or no questions such as, “Do you mean X?

Rudzicz has designed voice-based software to “converse” with a person and assess their speech for aphasia and for language problems associated with memory loss. Pilot tests show it gives accurate and early diagnoses. “People have been using the same basic memory tests for diagnosis for a long time,” he says. “These tests tend to be more useful after the disease has progressed.”

Changes in the brain resulting in dementia begin up to 25 years before most symptoms appear. Rudzicz thinks his software could help catch those changes early so people can get treatment earlier. There is also good evidence his software measures the disease’s progress when people speak with it on a regular basis.

This researcher would eventually like to see speech therapists use it to assess the sometimes fast-changing communication abilities of people with Alzheimer’s, and to devise appropriate treatments. But his ultimate goal is to ‘teach’ the software to learn communication strategies human caregivers use, so people with the disease can have real conversations with it.

“Caregivers tend to ask more closed-ended, yes or no questions such as, “Do you mean X?,'” Rudzicz explains.

Designed to interact with people, his software can be played on a computer, a tablet, or in a robot. Indeed, some Toronto-area, long-term care homes are considering a test of his software in a robot that could “talk” to residents and keep them engaged.

Due to funding from the Alzheimer Society Research Program, Rudzicz has launched a three-year study to perfect the software and the way it is delivered.