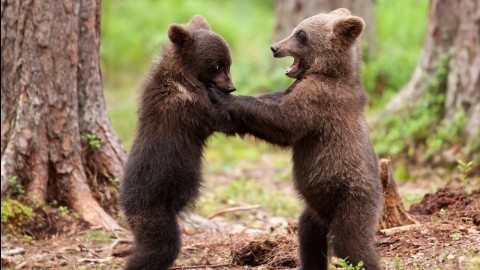 Read here about Toronto researchers who are taking a multidisciplinary approach to what might treat or cure Alzheimer’s, from infusions of amyloid antibodies to elder-clowning.

“No one wants to develop Alzheimer’s disease — it’s one of our greatest fears, and the kind of thing that none of us would want to have happen to us or impose on anyone,” says Sandra Black, executive director of the Toronto Dementia Research Alliance (TDRA).

Yet current figures suggest it’s a possibility that a growing number of us may face dementia later in life.

Nearly 750,000 Canadians have cognitive impairment, including dementia, according to the Alzheimer’s Society of Canada. It’s a number expected to double by 2031. That’s why U of T researchers are committed to finding answers that will lead to viable treatments and prevention strategies.

In recent years, a humbling realization gripped the global research community — there would likely be no magic bullet to treat or cure Alzheimer’s disease (AD) anytime soon.

But more recent insights into dementia as a complex disease have renewed hope, encouraging researchers to cast their net wider and search for clues at earlier disease stages.

“People with AD used to get clinically lumped together as having one disease,” says Lili-Naz Hazrati, a neuropathologist and researcher at the Tanz Centre for Research in Neurodegenerative Diseases.

“Now we know that, although the result is AD, molecularly and genetically, there are some differences, and not all patients have the exact same disease.”

“We’ve learned that we can’t look at just one thing. That’s why we’re using a multidisciplinary approach,” says Hazrati.

Some Tanz researchers have been identifying possible genes and mutations (polymorphisms) that may be complicit in AD. Hazrati’s task is to examine their consequences on the structure of the brain by testing the genes in animal models. “Genomics has allowed us to better characterize AD and reclassify cases according to each identified gene and mutation into subclasses.”

In terms of looking further upstream at the disease process, Black is examining the possibility of targeting sporadic disease (the most common form of AD) before it develops. She’s leading a randomized clinical trial that involves giving healthy subjects (ages 65-85) a monthly infusion of amyloid antibody for three years.

“Getting at the disease when it’s still five to 10 years off means the burden of amyloid may be mild enough that you can keep up with the problem and maybe prevent cognitive decline,” explains Black. Toronto is one study site with 20 patients, with 1,000 patients throughout North America.

While research focusing on earlier detection and treatment is vital, we can’t lose sight of the patients already living with dementia, says Gary Naglie, chief of medicine at Baycrest.

“Until we have preventive strategies, there will be more people living with dementia. So it’s going to be critically important, while we’re searching ways to eliminate the disease, to also focus on developing better approaches to improve quality of life (QOL) for suffering with it and their caregivers.”

Along those lines, Naglie has been exploring art-based therapies, such as adult clowning, as a non-pharmacological approach to alleviate behavioural symptoms of dementia, such as agitation and aggression.

Naglie is also looking for novel ways to slow cognitive decline before it progresses to dementia. One study he’s conducting at Baycrest compares various combinations of goal management, psychomotor processing and speed training, and/or education to assess what can slow cognitive decline and preserve driving ability longer in people over 65 with mild cognitive impairment.

The importance of sharing

Whatever new knowledge arises from research efforts, sharing information will speed up the success of finding solutions.

Black suggests that the newly developed TDRA Database and Integrated Discovery System in Neurodegenerative Disorders should help, through the collection of prospective and longitudinal data and creating a broad, international patient registry that can seed large cohort studies.

With significant progress happening in a stepwise process and reinvigorating efforts to develop innovative approaches to dementia, Black says, “We’re already boldly moving ahead. We’re pioneers; like astronauts going to the moon.”

Angela Pirisi has been covering health for two decades. Her work has appeared in  leading publications such as Reader’s Digest, Canadian Living and The Lancet, among many others.

This article was reprinted with permission from U of T Medicine Magazine.

The philosopher of care

Dr. Sholom Glouberman is the philosopher-in-residence at the Baycrest Centre for Geriatric Care in North…