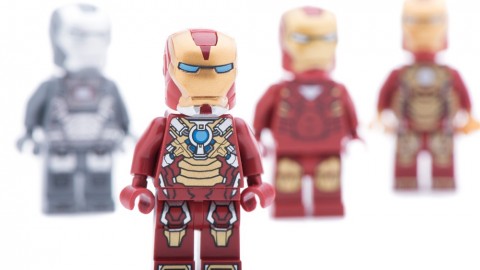 Mark Johnson’s wife, Shirlianne, was diagnosed with Alzheimer’s disease at 48 and before long, she could only find her way back to their home with help from the family’s little French bulldog, Ozzie.

Charlene Wing’s husband, Ken, was diagnosed at 56. He had to quit the engineering job he loved and now lives in a private assisted living facility, while she cares for their three children and aging parents.

Patricia Dehaeck’s husband, Wouter, was a family doctor in Grimshaw for 25 years before he was diagnosed at 55. Now, the avid sportsman lives in a care facility with limited access to the outdoors.

Nearly one in five Albertans diagnosed with Alzheimer’s is under the age of 65, and a new advocacy group met with Health Minister Fred Horne on Wednesday to tell him existing diagnoses and services in Alberta don’t meet their needs.

“The needs of people with early-onset Alzheimer’s are much different than those in their 70s and 80s who have dementia — quite often our spouses are active, but they have many challenges at the same time,” said Lori Auld, one of the founding members of Early Onset Dementia Alberta.

Her husband, Ken, was diagnosed at age 57, which abruptly ended his career as an architect and left the young family reeling.

A major concern, Auld said, was access to home care services, which younger families are often willing to use instead of facility care.

“You have to have a meltdown, or demonstrate that you’re losing it and can’t handle it anymore — it just seems like the reasons we give them don’t click into their criteria, and you’re told no,” Auld said.

They need to look at the criteria for gaining access to home care for people with early onset.

“They need to look at the criteria for gaining access to home care for people with early onset,” she said.

“They’re not incompetent; they’re active people,” Dehaeck said. “When you have Alzheimer’s or dementia, your reality is shifting, but you’re not stupid. When they walk into a room with older senior people, they just don’t fit in. They want to bolt.”

The group also highlighted concerns about diagnosis: Johnson says his wife was misdiagnosed for nearly two years because doctors wouldn’t consider Alzheimer’s in someone so young.

“The health-care system doesn’t expect to see people that young with that disease,” said Dr. Larry Chambers, scientific adviser for the Alzheimer Society of Canada. “It’s often overlooked, because it’s so rare,”

“The majority of cases of early Alzheimer’s are linked to the presence of certain genes, which run in families,” Jhamandas said.

“When you get the disease earlier, it tends to be more severe — the symptoms accelerate faster. Regular Alzheimer’s disease plays out over a matter of years, decades, while early-onset disease is much more aggressive,” he said.

Horne said the stories he heard were “incredibly moving” and “the challenges that these families face are beyond anything most people can imagine.”

The province will work with the new group to identify opportunities to better serve people with early-onset Alzheimer’s, he said.

“We have to think about this on a scale that we thought about cancer 20 years ago,” Horne said. “Dementia is the new cancer.”

Reprinted with permission from the Edmonton Journal.