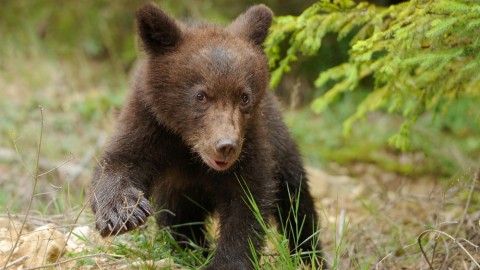 When managing appetites among Alzheimer’s patients, caregivers might want to consider what’s under the food as well as what’s in it.

Supporting the expression that “we eat with our eyes,” Boston University researchers in 2004 found that meals served on top of brightly colored plates prompted diners with dementia to eat more.

If there’s somebody with contrast-sensitivity loss and they’re suffering from not eating enough, it’s worth trying.

“And it’s cheap. This is not an expensive intervention. You can even use plastic.”

One group of nine elderly Alzheimer’s patients increased consumption by an average of 25 percent after blue plates and cutlery replaced their old white or stainless-steel tableware.

It probably has to do with making the food stand out visually, she said.

Significant weight loss affects 40 per cent of patients with Alzheimer’s disease. While diminished appetites could be attributed to depression, confusion or physical limitations, the BU team had another theory.

Cronin-Golomb said many long-term care facilities dole out food that’s pureed or mashed so it’s easier to chew. Most of those dishes appear white or beige, often served with a cup of milk to boost calories.

But if you’ve got white milk and a white cup, you can’t really see it.

Cronin-Golomb explained that as adults age, they lose “contrast sensitivity,” or the ability to discern between “an object and its background.” While healthy older people only lose high frequencies (requiring us to need reading glasses), the loss of contrast sensitivity is more severe in Alzheimer’s patients and goes across the frequency range.

To bolster their belief that the color of the tableware is not as important as creating a vivid contrast, the BU team repeated the study with pastel plates, but food and beverage intake was similar to when the white tableware was used.

The researchers noted that choosing a plate color should be dependent on the type of food being served. Tomato sauce will not be as visible against a red plate, obviously.

The importance of other visual cues for dementia patients shouldn’t be ignored, said San Francisco-based dietitian Heather Schwartz, who writes for the elderly care website A Place for Mom; aplaceformom.com

Design in the works

Sha Yao from the Academy of Art University in San Francisco won the $10,000 first place prize for her project, which involved the design of tableware specifically for people with Alzheimer’s, including coloring the interiors of the tableware blue.

What’s more, Yao designed a slanted bottom that eliminates the need to tip bowls to get at the last bits of food. The cups have low centers of gravity and are difficult to knock over.

“The beauty is in the way that small design decisions were made with intentionality and with lots of testing with actual users. It is a wonderful example of user-centered design,” said a Stanford University spokesperson.

Yao said her late grandmother had Alzheimer’s, and that served as her personal motivation for the project.

For more on the Stanford Center of Longevity competition, go to http://news.stanford.edu/news/2014/april/longevity-design-challenge-041414.html

Where to buy everyday inexpensive tableware

Tips For Helping a Person With Dementia To Dress

Dressing is a very personal and private activity - and one in which we are used to making our own decisions.…

Daily routines provide us with a sense of control over our hectic existences, and are even more potent…