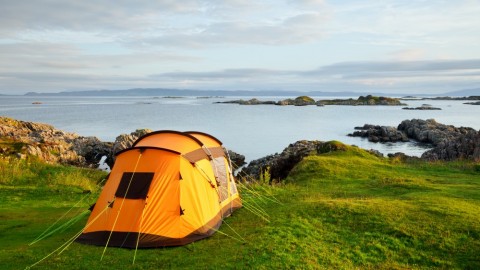 If you’re caring for Alzheimer’s or dementia patients, care for yourself first, doctors warn; especially at this time of year, when the shift from summer to fall tends to give way to seasonal sniffles.

Everyday infections such as the common cold, a stomach bug, upper respiratory infection or urinary tract infection have been shown to hasten cognitive decline among people with dementia. You don’t want to pass along a bug to your loved one, to bring on these afflictions.

“A caregiver needs to realize, if [their] health is impaired, it’s likely to have a consequence on the person you’re caring for,” James Galvin, a professor of neurology at New York University’s Langone Medical Centre said.

Be vigilant around your patients, he advised. Wash your hands, wear a mask, get your flu shots, live a healthy lifestyle.

“If you’re sick, you shouldn’t be caring for somebody who’s sick,” he said.

Why colds are more dangerous

Inflammation is part of the body’s protective immune response in otherwise healthy people, marked by symptoms such as a runny nose or congestion for a person with a cold.

A runny nose, for example, indicates a swelling of mucous membranes in the nose as the body expels fluids. In much the same way, coughing indicates an inflamed throat that is flushing bacteria out of a sick person’s system.

But the stress of inflammation in the brain can be a risk factor for Alzheimer’s, explained Daniel Lackland, a professor of epidemiology at the Medical University of South Carolina.

Lackland said that changes in organs seemingly unrelated to the brain – lungs, stomach, the mouth, the kidneys — will actually speed up memory decline.

“The brain is doing the same thing you see in other parts of the body when there’s an infection,” he said. But when “[inflammation] affects the cerebral vascular system and makes it less functional, it accelerates the disease process.”

“Think about your brain as having this reserve, this backup,” Galvin said. Take a healthy individual and give them an infection, and it might affect their ability to function, but they have enough reserve so they don’t show any cognitive decline.

“People with a brain disease tend to lose their reserve just by nature of having this degenerative process,” he said.

“Now if you take somebody with a brain disease and give them the same exact infection, they do much worse because their brain can’t tolerate the infection because there is no reserve to tap into,” he said.

The cause and effect

Physicians have long noticed a link between Alzheimer’s patients in hospital who develop chest or urine infections and an accelerated rate of memory loss.

“The hypothesis is these inflammatory responses are causing some damage. While inflammation is good to fight an infection, giving you your chills and achy muscles, it’s not good for all the cells around it,” Galvin said.

When University of Southampton researchers studied mice models, they found that immune cells in the brain that normally defend against a neurodegenerative disease behaved very differently when an infection was introduced.

“Rather than defending the brain against the developing disease, brain immune cells were ‘primed’ by the ongoing neurodegeneration and ramped up levels of inflammation,” Hugh Perry, who led the study, concluded in the March 2014 study.

This, in turn, caused even more damage in the brains of the mice, exacerbating dementia symptoms and causing memory to worsen.

Despite all best efforts your mom, dad or spouse gets sick. What do you do?

Over-the-counter medications such as antihistamines, normally used to treat hay fever or the common cold, should be “avoided at all costs,” according to James Mastrianni, associate director of the Alzheimer Disease Center at NYU’s Langone School of Medicine.

“These drugs have anticholinergic effects, which blocks the major brain system affected in Alzheimer’s disease, the cholinergic system,” he said.

The cholinergic system is essential for memory and learning, and Mastrianni said the primary drugs used to treat Alzheimer’s disease are designed to stimulate this system.

If the usual things don’t help – rest, plenty of fluids – then, as always, consult your primary care physician.

The Alzheimer’s Foundation of America offers these further tips:

Matt Kwong is an Atlanta-based reporter.

Trulah Goin Mills had developed dementia and couldn’t be left alone in the house, but when she and…

Keep an eye out for everyday infections

As if you didn't have enough to worry about, chest and urine infections could worsen the development…

When nature's calls get out of control

People living with dementia and Alzheimer's will have accidents and difficulty using the toilet. Incontinence…

Your mom has mild dementia or early-stage Alzheimer’s and needs to be bathed. Do you really feel comfortable…