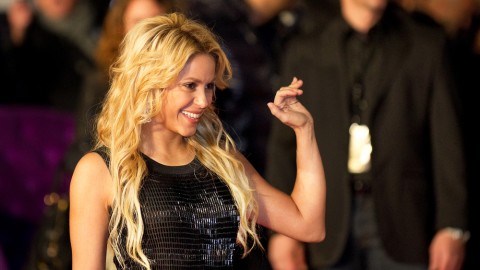 The Supreme Court decision in Carter v Canada in 2015 changed the law on physician-assisted suicide in Canada.

The court ruled that competent adults, who give clear consent and who suffer intolerably from a grievous and irremediable medical condition, may legally ask and receive medical help in terminating their life. The court suspended the validity of certain sections of the Criminal Code that prohibited physician-assisted suicide for one year so that Parliament could write a new law.

Since the Carter decision, there have been about 20 cases where courts across the country have ruled on applicants’ requests for physician-assisted death and that have further interpreted the Supreme Court’s Carter decision. Interestingly, the new law, Bill C-14 as passed on June 17, 2016, is worded more narrowly than the Carter decision.

The new law amends the Criminal Code to create exemptions from the offences of culpable homicide, aiding suicide and of administering a noxious thing, in order to allow medical practitioners and nurse practitioners to provide medical assistance in dying. It also exempts others who may also be involved, including pharmacists. The law creates new offences related to medical assistance in dying, specifically the failure to comply with the safeguards, forging or destroying documents related to the procedure, and failure to provide the required information and contravening the regulations on assisted dying.

The new law amends the Criminal Code to create exemptions from the offences of culpable homicide, aiding suicide and of administering a noxious thing, in order to allow medical practitioners and nurse practitioners to provide medical assistance in dying.

Parliament was concerned about protecting the vulnerable from opting for medically assisted death in moments of weakness and wanted to provide robust safeguards given the irrevocable nature of ending life. The preamble of the Act states that allowing assisted suicide for “competent adults whose deaths are reasonably foreseeable” strikes what Parliament considers the right balance between the right to die and protection of the vulnerable. The preamble further recognizes that various groups of people have unique needs, specifically mentioning Alzheimer’s and dementia patients, and commits to working with the provinces to facilitate care for this group. The government has also committed to study access to medical assistance in dying through use of advance directives.

At this time, the criteria a person must meet in order to be eligible for medical assistance in dying are that the person:

As far as these broad criteria, the law mainly adheres to the Carter decision. The law defines an adult as 18 years old, which excludes “mature minors.”

It is in the fine print where the law departs from the Carter decision. “Grievous and irremediable medical condition” is defined as:

The Supreme Court made no mention of limiting the medical condition to one that is incurable. This is not in the spirit of Carter as one of the plaintiffs in that case had spinal stenosis, which is not a terminal illness.

The Carter decision also makes no mention of a precondition of imminent death. The words “reasonably foreseeable” are vague because anyone’s death can be reasonably foreseeable whether it’s a few months or a decade away. This precondition also does not quite square with the idea that a person does not have to make any treatment decisions that he or she finds unacceptable.

There are several issues to be aware of for people diagnosed with Alzheimer’s or other dementias.

The law details procedural safeguards when making a request for medical assistance with dying:

One of the issues in this procedural section is that, in many communities across the country, the second independent opinion may be impossible to acquire. Another issue is that, although there is an “out” for those whose capacity is declining rapidly, one can imagine a scenario where the patient has to wait so long to receive a “foreseeable death” diagnosis that they lose capacity and never regain it.

There are several issues to be aware of for people diagnosed with Alzheimer’s or other dementias. Which dementias will be treated as incurable? Only Alzheimer’s or will others be re-defined as terminal? What about the problem of definitively diagnosing which type of dementia a person has? Sometimes it can take quite a while, during which time the person consistently loses mental competence. And, will doctors across the province and across the country classify all dementias similarly?

Although certain dementias eventually cause various physical failings that lead to profound suffering and possibly death, a person may actually die of cardiac arrest or pneumonia. Often, the cause of death is not stated as Alzheimer’s but something else, even though it is largely accepted that Alzheimer’s is underreported as a cause of death and is likely the third leading cause of death in North America.

Parliament has committed to further study of the special needs of various groups, including dementia sufferers, as well as to the study of advance directives for medically assisted dying.

In addition, people with Alzheimer’s have vastly different life expectancies that relate to different risk factors and health histories, among other things. This complicates the need to give informed consent at both the first stage of making the request and also at the time of assisted death, which could mean that either these patients will not qualify pursuant to the “incurable illness/disease” criterion or under the “mental competence” criterion.

Alzheimer’s and other dementias are still undergoing extensive study and research is further behind than that of other leading causes of death. The many unknowns in this area may cause significant problems in providing any kind of certainty in fulfilling the assisted dying criteria.

Under the new law, it might be quite tricky for a person with Alzheimer’s or other dementia wishing to access medically assisted dying to time their request. It may be that this is a group of patients who are effectively excluded by the law pursuant to its eligibility criteria and procedural rules.

Parliament has committed to further study of the special needs of various groups, including dementia sufferers, as well as to the study of advance directives for medically assisted dying.
Many dementia patients believe that they will not want to live a life where they no longer know who they are or who their loved ones are. And yet, no one knows whether they will actually be suffering intolerably at that point. Once they reach that point, no other person may be able to know for sure. The critical questions are therefore, can such a prediction be made in advance, and should we as a society allow an exception to the Criminal Code for this? Or, is anyone else confidently able to speak for the dementia patient at the point of complete loss of mental competence, and should society allow others to do so to end a life?

Further legal challenges will likely be launched as the definitions of various terms are tested and people in situations potentially not covered by the law come forward to challenge its constitutionality.

PLEASE NOTE: The information provided in this article is for informational purposes only. It is general information and should not be taken to be a full and accurate discussion of the law on this topic, nor is it intended to be legal advice or to be relied upon as legal advice by the reader.

If you have questions about physician-assisted death, you may contact the author:
Areta N. Lloyd

In Association With
Elder Law Group

Areta is a lawyer specializing in consent and capacity issues. She represents clients before the Consent and Capacity Board and at all levels of court…

Areta is a lawyer specializing in consent and capacity issues. She represents clients before the Consent and Capacity Board and at all levels of court in Ontario in capacity challenges and other estate and elder law matters.

When a person loses capacity no one else can take over decision-making for them, not even their spouse.…

A substitute decision maker is the person who makes decisions for a person that is found incapable.…

In 2015 the Supreme Court of Canada issued a landmark decision regarding physician-assisted suicide:…

End of Life Health Decisions: How Much Control Do You Have?

A person has every right to plan for their end-of-life care. It is much easier to plan when a person…