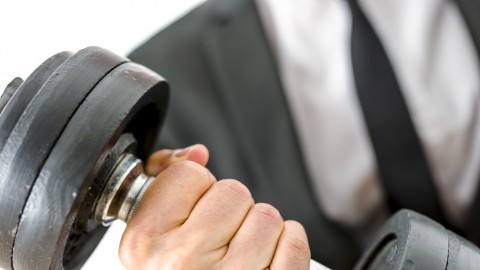 In 2015 the Supreme Court of Canada issued a landmark decision regarding physician-assisted suicide: it is against the Charter of Rights and Freedoms to prohibit a person from seeking the assistance of a physician to end his or her life.

The result is not quite so simple as a blanket acceptance of physician-assisted suicide. The court crafted a carefully worded decision that puts parameters on this right.

The court ruled that physician-assisted death is not illegal for “a competent adult who clearly consents to the termination of his or her life, and is suffering intolerably as a result of a grievous and irremediable medical condition.”

For an illness to be considered “irremediable,” a person does not have to exhaust all treatment options prior to requesting assisted death. An individual has the right to reject treatments that are unacceptable to him or her.

Lawyers and courts read the decision as a series of tests or conditions that need fulfilling:

The court gave parliament one year to amend the Criminal Code and specifically those sections at the core of the case:

The court did not strike down these sections as patently unconstitutional because they continue to serve an important purpose. What the court did, was tell parliament to carve out an exception for physician-assisted dying.

How did these sections offend the Charter? The Charter right at issue was section 7 which guarantees life, liberty and security. The court reasoned that the blanket prohibitions in sections 14 and 241(b) of the Criminal Code:

It should be noted that “suffering” can be physical or psychological. Past case law includes psychological suffering, although at a very high level, within the scope of section 7.

It should be noted that “suffering” can be physical or psychological.

This decision, which was unanimous, overturned the Supreme Court’s ruling just barely more than 20 years ago on the same issue. At that time, the court’s decision was split: 5 justices wrote the majority decision and 4 dissented. One of those four was the current Chief Justice Beverley McLachlin.

In the intervening 20 years, other jurisdictions legalized assisted suicide and adopted different regimes to regulate it. The court heard new evidence from these jurisdictions and found that it could be possible to allow assisted suicide and still protect vulnerable people. The court stated that existing informed consent guidelines used by the medical profession in end-of-life situations could be used to ensure that no one was coerced, manipulated, influenced unduly or motivated by depression or mental illness.

If you follow this issue, you already know that there continues to be disagreement about the evidence from other jurisdictions, especially on the issue of whether there are enough protections for the vulnerable. The court did not give further guidance, only that it will be up to parliament, provincial legislatures and medical regulators to address the issues.

The one-year deadline passed in early 2016 and the government received an extention until June 6, 2016 to pass a new law. Since the deadline passed without the proclamation of a new law, the existing Criminal Code provisions will be ineffective for physician-assisted death as per the court decision.

Prior to that deadline, anyone wishing for an assisted death had to apply to the Ontario Superior Court, whose guidelines include that a person must be competent. The medical regulatory body also advises doctors to obtain informed consent from a capable patient for assisted death. Therefore, depending on the timing of their request, dementia patients may be denied the option of assisted death. At this time, doctors remain bound by the guidelines of the College of Physicians and Surgeons, and the court process remains open to everyone.

What the Carter Decision means for Dementia Patients

The key issue for dementia sufferers is the criteria of mental competence to give informed consent to physician-assisted death, and the lack of mention of advance directives.

While it is not arguable that dementia of all types is a grievous and irremediable illness, it is not certain that in all cases it will cause intolerable suffering.

It is quite clear from the court’s decision that the justices envisioned a person giving informed consent to their own death. The question that was put to the court was whether a “competent adult” was deprived of a right to die. The court upheld the trial judge’s reasoning which (a) envisaged a limited exception for someone “competent, fully informed, non-ambivalent and free from coercion”; and (b) accepted that informed consent procedures for medical treatment are sufficient to address decisional capacity and protect the vulnerable. Thus, the court stated that only “a competent adult” would have the right to request assisted suicide. This phrase is relied on to exclude advance directives or substitutes from making the decision.

Further, if we apply the Carter criteria to the concept of advance consent, there is an issue with the second part of the test. While it is not arguable that dementia of all types is a grievous and irremediable illness, it is not certain that in all cases it will cause intolerable suffering. Even if someone believes their suffering will be intolerable, it is possible that it may not be. And, it may not be possible to ever confirm this.

In Ontario, advance directives are not advanced informed consent for any kind of medical treatment or withdrawal of treatment. They are simply a person’s wishes that act as guidance for a substitute decision maker. Therefore, if advance directives were determined to be appropriate for assisted suicide, this would have to be amended in Ontario’s substitute decision laws.

Due to these parameters it is ironic that dementia patients will also face “a cruel choice” similar to the plaintiffs in the Carter case. It may be inevitable that many people suffering from dementia will never be included in an assisted suicide regime because of the very nature of their illness.

However, near the end of the decision, the court stated that their ruling was intended to respond to the facts in the case and that they were not commenting on other situations in which physician-assisted death may be sought.

PLEASE NOTE: The information provided in this article is for informational purposes only. It is general information and should not be taken to be a full and accurate discussion of the law on this topic, nor is it intended to be legal advice or to be relied upon as legal advice by the reader.

If you have questions about physician-assisted death, you may contact the author:
Areta N. Lloyd

In Association With
Elder Law Group

Areta is a lawyer specializing in consent and capacity issues. She represents clients before the Consent and Capacity Board and at all levels of court…

Areta is a lawyer specializing in consent and capacity issues. She represents clients before the Consent and Capacity Board and at all levels of court in Ontario in capacity challenges and other estate and elder law matters.

One of the buzz words used regarding people with dementia or Alzheimer’s is “capacity.” Sometimes…

When a person loses the ability to make decisions, many things in their daily life cannot be done. For…

A substitute decision maker is the person who makes decisions for a person that is found incapable.…

Capacity Assessments – Who Decides and When?